My brother has decided to take his biggest life step to date and move in with his girlfriend, which came as quite a shock to my Mum as it was not long ago that he had proclaimed that he would never leave a home complete with free slaves (aka mum & Dad).  Mum told me of his plans and I had difficulty trying to decipher her feelings about it.  On the one hand, her last child was flying the nest, on the other hand the thud, thud, boom, boom noise pounding from his stereo would no longer rattle the windows nor would the smell of his sports socks need to be battled back with a can of Oust before entering his bedroom. 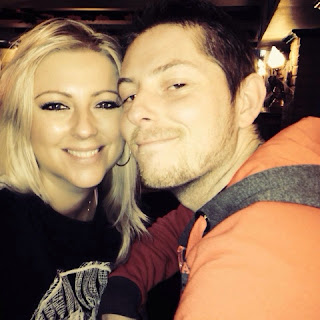 I was flattered when my little bro (who has towered above me since he was 12) asked me to visit a potential new home with him and his girlfriend to assess it’s suitability and also make sure they were not about to be ripped off.  Having rented everything from a converted barn to a starter home in the posh end of Reading, I consider myself to be quite clued up on the subject of home hunting!
I moved in with my hubby when I was 17 and he was 20.  Fully fledged adults as far as we were concerned but looking back we were just whippersnappers with attitude.  We started out in a bed-sit in the west end of Rhyl, did our best to make it homely but basically it was just a dark and dingy stench cupboard.  We would pay the landlord 50p to heat the bath water for us, wait half an hour then lock ourselves in the communal bathroom, one would bathe in the tepid water while the other would sit on the throne saying things like “don’t listen” or “I’ve got stage fright” I admit though I would usual go back to Mum’s for a hot shower.
Next we rented a converted barn in Abergavenny.  It was beautiful in the summer and the landlords seemed lovely.  When the winter came however it became the sort of building that you would not let your dog sleep in.  The damp started at the floor and spread not just up to the ceiling but right across it.  We would be woken several times a night by water droplets raining down onto our pillows.  We can laugh now about how we could practically take a shower without ever entering the bathroom.  One particular day stands out, I had treated myself to a new dress, I hung it in the wardrobe ready for work the next day and when I got it out the following morning it was covered in MOLD.  Next I tried to get out the front door but it had expanded so much that it would not budge so I decided to climb out the window, but the landlord’s dogs came and tried to attack my dangling legs.  I never made it to work that day.  We were finally forced out of our ‘home’ when I caught pneumonia and the visiting Doctor said that if we continued to stay there I could quite literally die! Despite this however we never so much as got our deposit back.
Knowing the Pitfalls, Scams and Scumbags that are out there to take advantage of young new starters, I rolled up my sleeves and set out for a showdown.  The cottage bro had chosen turned out to be charming, as was the landlord.  The price was fine, no damp walls or dodgy wiring to be found and I could not see a single thing to beef about.  Bro and the Mrs however found plenty.  I got the feeling that my worldly words of wisdom whilst appreciated were not going to get in the way of their ‘perfect love nest’  what else can I say? With experience comes wisdom, if only whippersnappers did not insist on finding out the hard way!

This site uses Akismet to reduce spam. Learn how your comment data is processed.